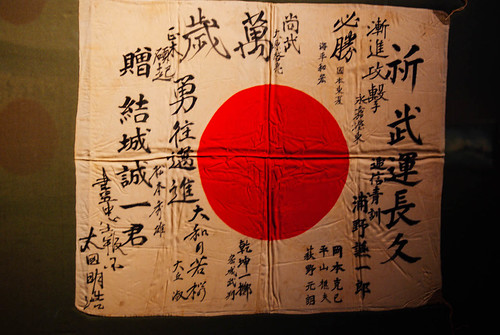 From the Columbia River Maritime Museum:

Japanese soldiers in World War II carried with them a very personal memento into battle: Yosegaki Hinomaru. These flags, covered with signatures and well-wishes for a safe return, were given by family and friends to the soldiers as they were sent off to war.

American soldiers in World War II collected flags from the bodies of Japanese combatants to take home as souvenirs. Now, decades later, many veterans and their families are realizing that these flags might be the only tangible evidence of a beloved family member lost in a war fought long ago.

Although these Japanese soldiers never saw their families again, their flags are now returning home. 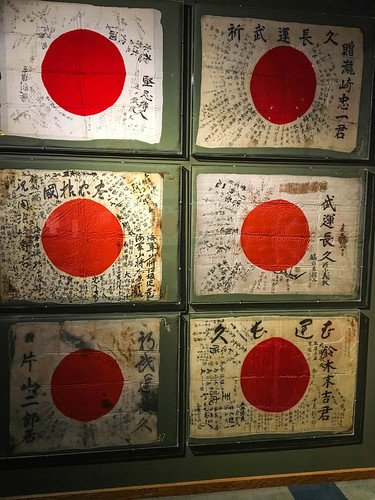 When we have friends visit it’s time to take Fri