I have to admit, I wasn’t even aware that Flickr was going to start auto-tagging photos hosted on it’s service until I saw an article complaining about it.

I didn’t like what I saw in the article. I liked the idea even less when I went over to my Flickr account to see what these new tags looked like on my own photos.

It isn’t pretty. Take this set of tags for a photo of a flower.

Now, at least Flickr was kind enough to show my tags in gray and the auto tags in white, so people who understand what is happening don’t think I’m just a pain. On the other hand, these tags don’t offer much benefit. For example, the “outdoor” tag has been applied to over 2,000 of my photos, making it basically useless for organizing photos, and something that requires more time than I have to fix.

In order to see how effective Flickr’s tagging is, I’d have to use a less frequent tag, so I clicked on the “plant” tag.

That tag was applied 205 times. Including for this shot of St. Andrews. 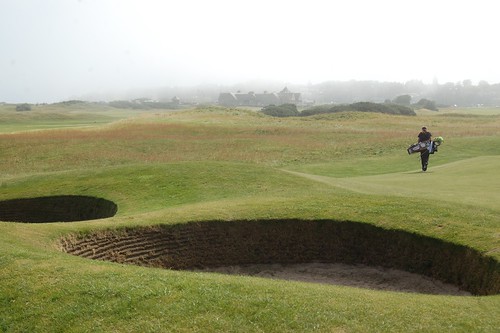 I mean, yeah, maybe if you want to consider the grass of a golf course a “plant”, I could maybe see that, but that’s hardly a tag anyone would use to categorize this photo.

Let’s continue down the rabbit hole shall we?

The photo of St. Andrews was also auto-tagged “field”. Again, a not very useful description, but let’s follow that tag and see where it leads.

52 photos were tagged field, but I’m still looking for the field in some of them. 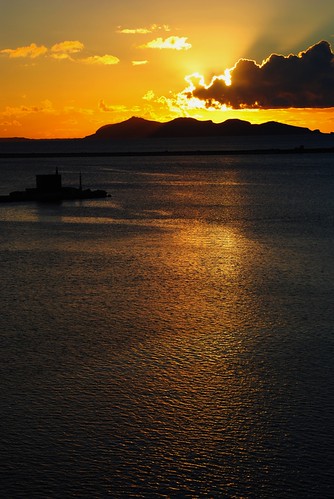 A field of water maybe? Also, this photo was tagged “sand” as well. Yeah, ok….

Anyway, the point is not to ridicule Flickr’s erroneous tagging, the point is that tagging of photos in any social network should be done by the person uploading the photos. Tagging is a part of the content of a photo that I decided to use as a way to link various photos together, whether it be by subject, location etc. By auto-tagging, Flickr has, essentially, usurped my ability to tag things in a way that makes sense to me and a way to help people looking at my photos to find similar photos. The service has disrupted a tool that was being used by many, many users as part of a strategy.

It’s as if Twitter started automatically adding hashtags to tweets without your consent, or Facebook started automatically tagging people and pages without giving you a way to disable it, and both went back into your history and added those things to thousands and thousands of posts, making it nearly impossible to clean up. That’s what Flickr did, and I can understand why people are unhappy about it!

So, if you see a white tag on a Flickr photo, understand that it wasn’t tagged by the photographer. Also, if you want to see tags the way the photographer meant them to be used, only follow the gray ones. For now, it seems as if Flickr is at least not co-mingling items tagged automatically with those results, but who knows how long that will last.

We found a little bit of sunset in the overcast. #

Happy Thanksgiving from us and the pelican flock a

It's interesting to consider how many people have