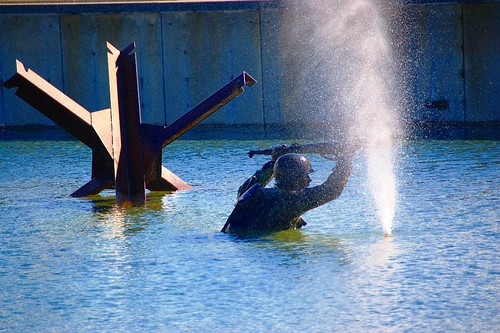 Pin
– taken at the D-Day Memorial in Virginia

In honor of the D-Day anniversary later this week, I wanted to pass along a couple of interesting finds I saw this week about the Photography that we often associate with the invasion and the days after.

First, is the story behind Robert Capa’s amazing photos of the invasion on Omaha Beach, and how we almost never got to see any of them.

Secondly, Peter Macdiarmid has some great “then and now” photos, of the D-Day invasion and the weeks that followed in France. It’s really cool to be able to look at the same location all this time later and compare it to what it looked like in the photos taken in 1944.

It is definitely Spring down here again, and a lov